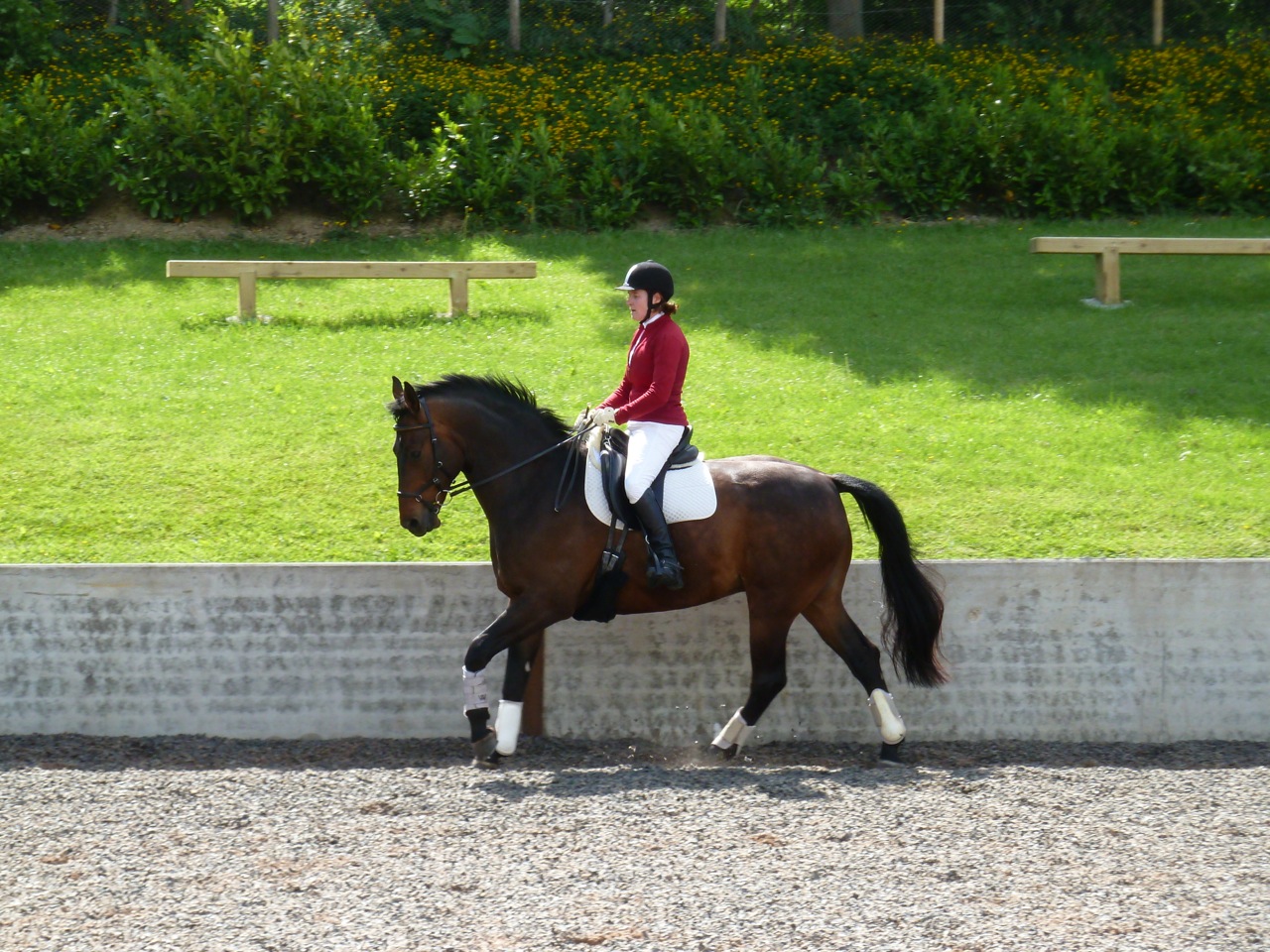 For the first time ever a team made up of competitors who have never met each other and live miles apart won the Dressage Anywhere Team Challenge. Teams made up of 3 members or more, compete at any level in the monthly competitions. The combined top 3 scores in any one month count towards the League. The team was gathered together from members of the Dressage Anywhere Facebook page, Debbie Hillary, Elizabeth Worrall, Anne Busson, Gill Lygo-Hackett, Dawn Gray, Julie Petty, Kate Whitehead, Sarah Welch and Laura Olsen and are spread as far afield as Yorkshire, Sussex and South Africa.

The virtual team was the idea of team captain Debbie Hillary, she says 'I am not totally sure why I decided to set up the team at all now. I think it was a challenge I gave myself to see if I could do it. I contacted people who had competed before on Dressage Anywhere via Facebook and sent them messages asking them if they wanted to be on my team.  I named the team after an Island in the Atlantic off Nova Scotia, Canada, which was on Horizon, where only horses live.'

The reaction of those she contacted was initially a little suspicious but soon became enthusiastic. Dawn Gray who is based in South Africa says 'Yep. Thought you were nuts when you asked if I wanted to join your team, as we had never 'met' before. As I don't have access to regular lessons, and getting to shows is an expensive 300km trek, I love the virtual show concept. I get feed back on my work and working towards tests means I stay focused and on track, theoretically'.

The team achieved a high combined score in April this year and stayed in the lead all summer, Kate Whitehead says it was the anticipation of waiting for her score to pop up on the scoreboard that got her hooked 'When Debbie's horse Daimiers went lame I thought that we'd better try and continue on with the Team Challenge to try help keep Team Sable Island at the top of the league table- as it turns out Deb didn't need our help at all & on Ann's beautiful borrowed Kai went on to get top score out of all of us!'

It seems that the team will be back to compete again in the current Team Challenge competition, which closes in September 2014. Anne Busson says 'When Deb allowed me on the team it was like I'd joined a family. I would love to be part of the team again and I'm sure we all could do even better (something to aim for)'.

Further information about the Team Challenge is available at www.dressageanywhere.com/Home/TeamChallenge.