Last week we went on an exciting road trip to Derbyshire to present the MIBOT remote camera system to Jo Tullett, our 2015 Rider League winner.

Jo and her horse Teun J Van de Kastert, or TJ as he's known at home, have focussed on Prelim and Novice classes throughout 2015, entering every month and achieving some fabulous scores.

TJ is a stunning 9 year old 17hh Friesian stallion and has the most impeccable stable manners, something that Jo and her trainer Kate have worked very hard on.

We were lucky enough to see Jo and TJ in action, with Kate taking them through some movements to focus TJ and get his attention. It's not been easy though, in 2014 Jo was worried about TJ's progress as a riding horse but continued to persevere and had a breakthrough later that year, setting a goal to ride a Dressage Anywhere test in January 2015.

Initially Jo's goals were to try Prelim in February and be riding Novice tests by the end of the year. Having achieved all of their goals, Jo says 'I'm bursting with happiness and pride, especially as the judges comments have been so lovely, even noting he was "willing" and "bodes well for the future".' 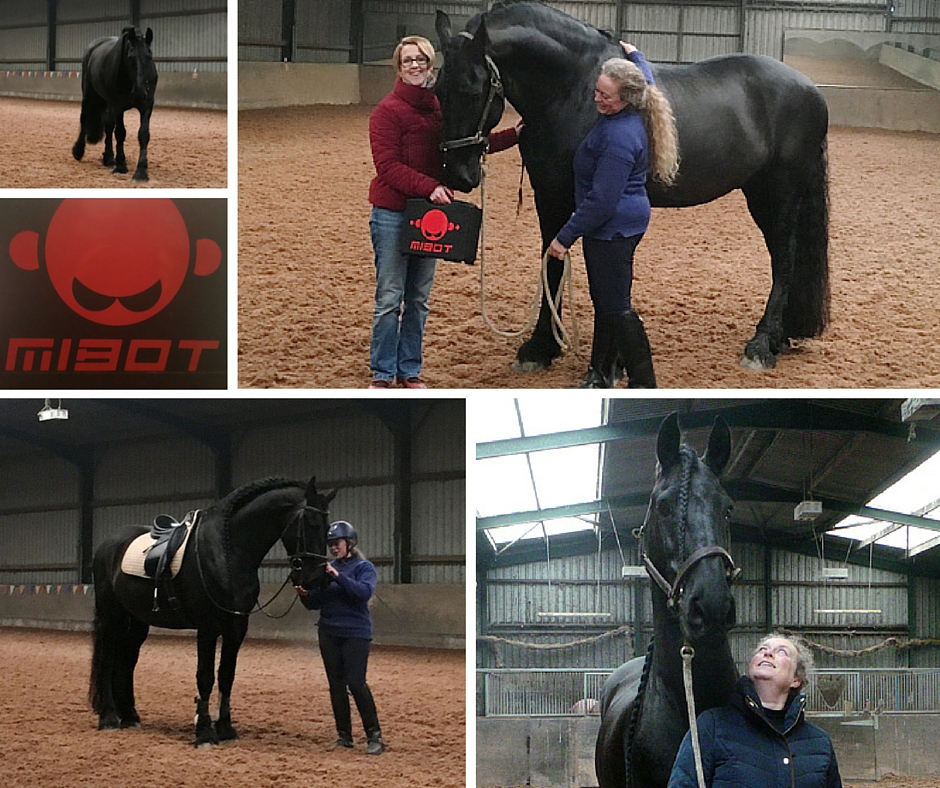 Jo is very excited to receive the MIBOT remote camera system and is looking forward to trying it out: 'I still can't believe that we had such a good year and certainly can't get over winning such a fabulous prize!'

Our 2016 Rider League will be up and running soon and all points gained from January onwards will count towards the league. Our prizes will also be announced very soon!

The MIBOT Soloshot2 is perfect for filming schooling sessions and dressage tests without needing a friend to film for you. You can purchase direct from the MIBOT website and use the code DA2016 to get 5% off!