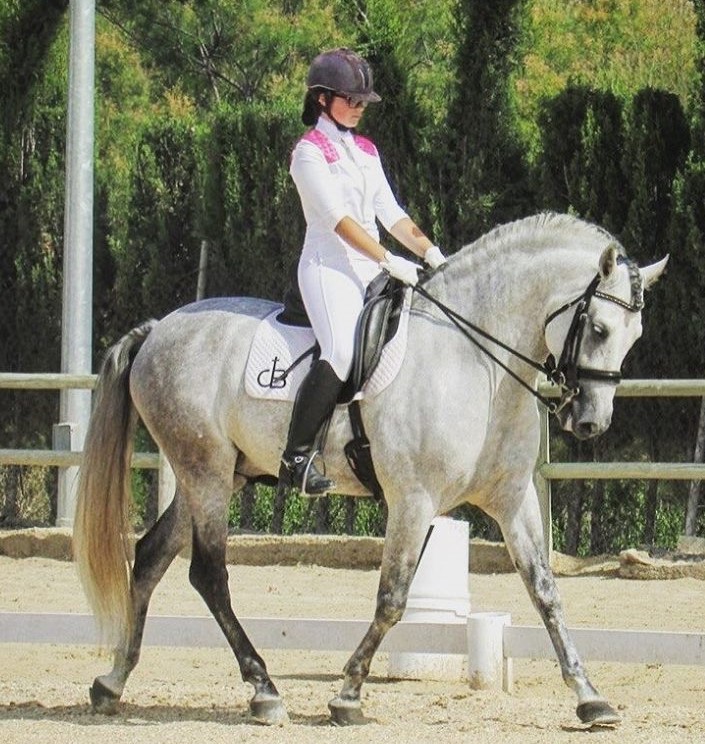 The BYRDS tests differ to what Jessica usually rides in Spain - she competes in a double bridle so needed to train with a snaffle. The feedback from BD Rider Test judge, Jo Swain has helped Jessica enormously to develop a training plan for August.

Riding since the age of five and now 16, Jessica has big plans. Next year she is due to compete in Equimur (Equine in Murcia) in Torrepacheco and SICAB, the World Championships for PRE horses held in Jerez, Spain.

With heroes such as Charlotte Dujardin and Rafael Soto, Jessica has set her sights on the Olympics!